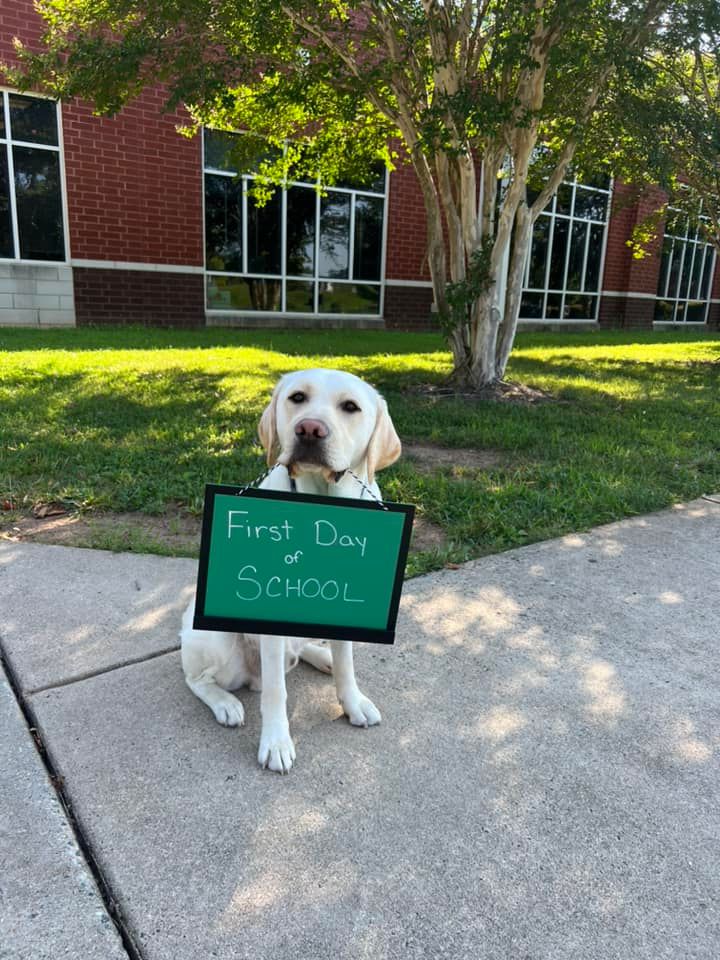 “After the bombing of Pearl Harbor, my grandfather, just 16 years old, dropped out of high school to join the Marines. Not once did he ever speak of the war. It wasn’t until he was diagnosed with dementia that he described hallucinations that we could only assume were connected to his time in World War II.

“My grandfather was one of seven boys. All of them joined various branches of the military, and all seven served in wars from World War II to Vietnam.

“I’ve always wanted to support service men and women. They give their lives to serve our country and I’ve always wanted to do something to show my sincere gratitude for not only our service members but also their families. Readjustment is hard for everyone. When I learned about Leashes of Valor and their mission, I fell in love. We love dogs and knew we could absolutely support and make a veteran’s life better!”