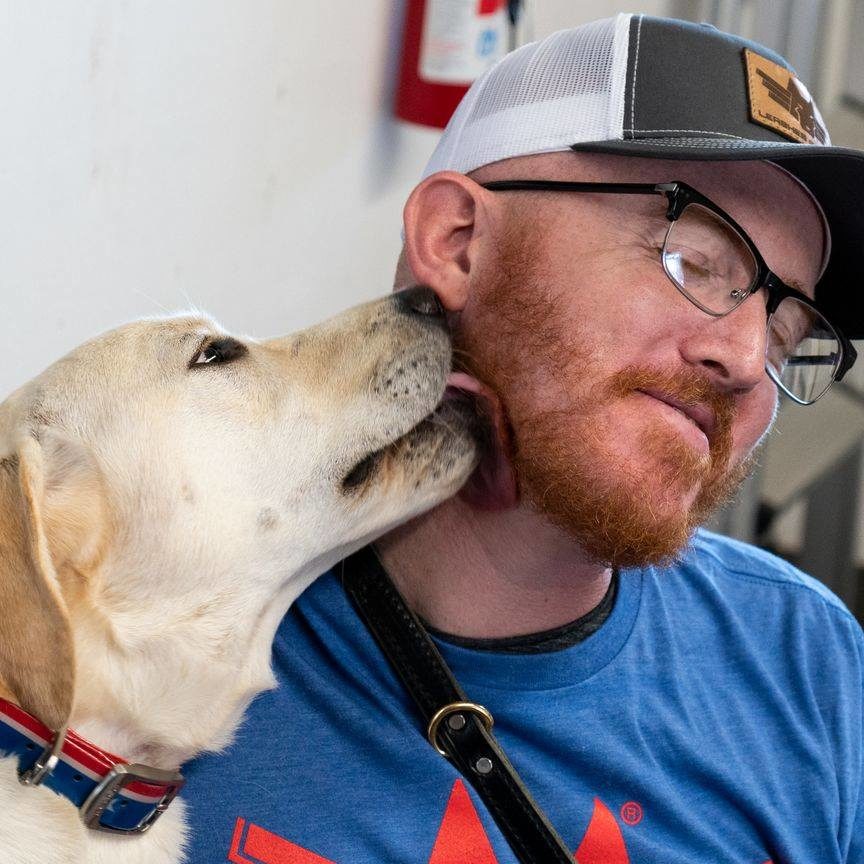 "Because of her existence, I can be better"

“I wanted to serve in the military. I decided to join the Navy, because that’s where my grandfather served during the Space Race. He died when I was 13, so I never really got a chance to ask him much about his service. But he and I were close, and I emulated everything he did. The Sept. 11 terrorist attacks really confirmed my decision to go into the Navy.

“I served from 2002 to 2007. A lot of things happened during that time. I was put in positions I didn’t want to be in. During one deployment, I was guarding an old terminal, and a small fishing vessel entered a restricted area. I was among those that sunk the ship. That created a space in my mind. Did I kill somebody? Did somebody die in there? Was it an innocent person in the wrong place? That led to a lot of anxiety and PTSD stressors.

“I had a lot of anger. I would be anxious about almost everything. Any big decisions would almost lock me in place mentally and physically. Small issues became big issues. If I felt like someone didn’t trust me or was challenging my integrity, I would blow it up. I was losing a lot of sleep. My nightmares got really vivid. I thought I was waking up from a nightmare and I was physically out of bed but the nightmare was still happening. That’s when my wife pushed for me to seek counseling. I got a really good doctor. She asked why I hadn’t ever gotten counseling before. What I’d been telling my doctors for years were the most obvious stressors of PTSD, but I hadn’t been diagnosed.

“I didn’t think a dog would change my life. I expected the dog to just be there. Maybe she would be able to sense my anxiety, but I didn’t know she would react. I didn’t know how much she would mean just day-to-day. I couldn’t even go to Walmart or the grocery store by myself. I could never get in the checkout line. Going somewhere with lots of people, like to my kids’ school events, was an issue.

“Carrie has changed my life. I just graduated out of counseling. I am on a very low dosage of medication. I go to stores and to my kids’ school freely now. I can get in a checkout line by myself and I’m not freaking out. If I start feeling anxious, she alerts to it. She rubs up against me. I know Carrie is there to break that anxiety. I don’t have nightmares nearly as often. When I do, she alerts to them. Right before I came to Leashes, my dad passed away. After I finished training, I had to deal with family and memorial services. I don’t know that I could have done that without Carrie. Carrie didn’t make me better. But because of her existence, I can be better.”