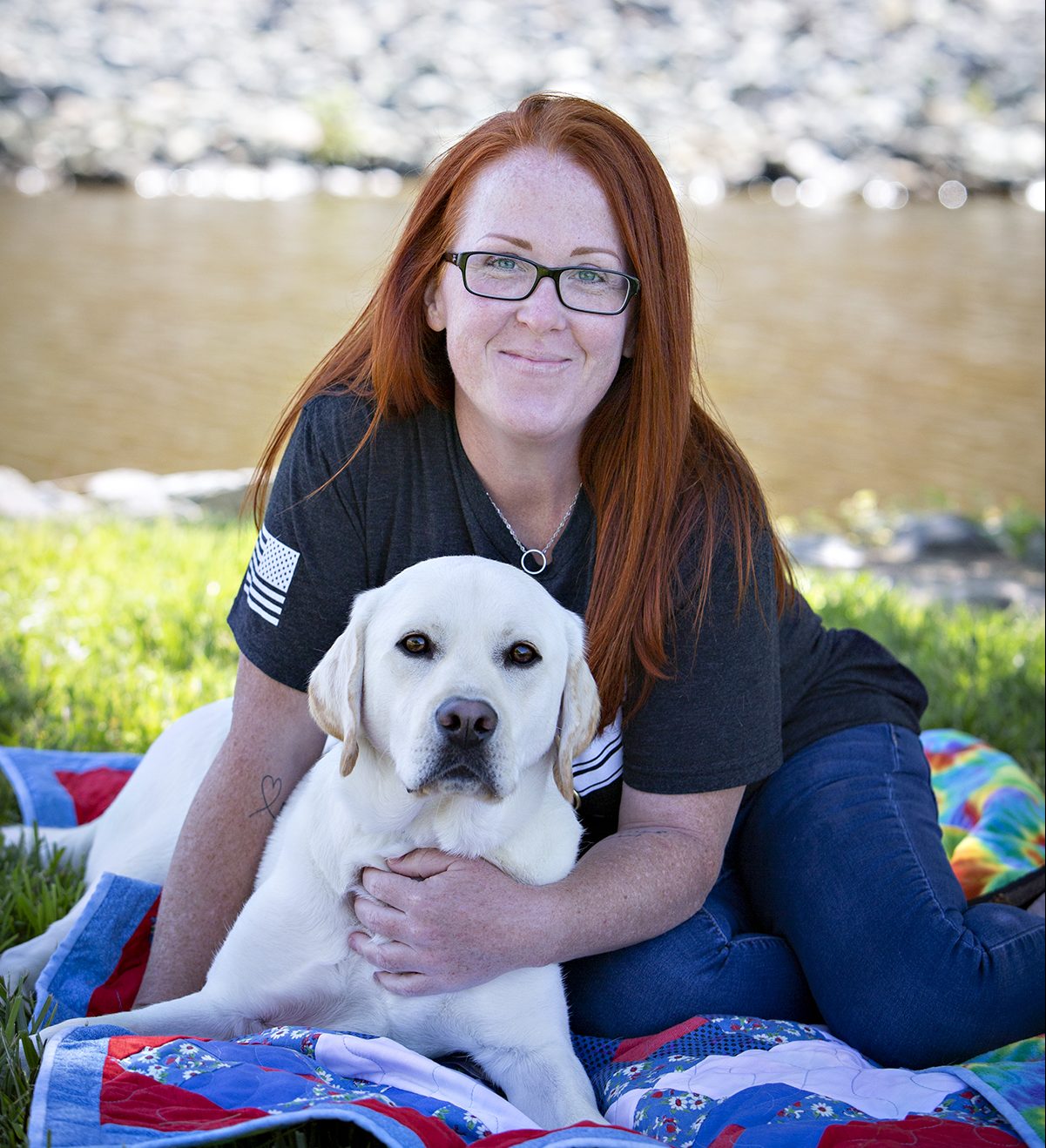 Sarah’s grandfather served in the Pacific in World War II. When she told him her plans to carry on that tradition of military service, “he was absolutely excited,” she says. “He was also very supportive.”

Sarah enlisted in the Army while still in high school as part of the National Guard’s split training option. Five years later, she was at war, supplying fuel during the 2003 invasion of Iraq. She deployed once more and planned to make the Army a career, until, she says, “someone else took that from me.”

As a result of PTSD and military sexual trauma (MST), Sarah medically retired in 2005. Her tendency to isolate was made worse by the pandemic, and going back out into the world proved especially difficult.

Crowds left her anxious; events were virtually impossible. “I couldn’t take my kids out and enjoy it anymore,” says Sarah, who was paired with service dog Justin during our first all-female class in May. With Justin by her side, that’s beginning to change. “I’m looking forward to enjoying everyday life again.”