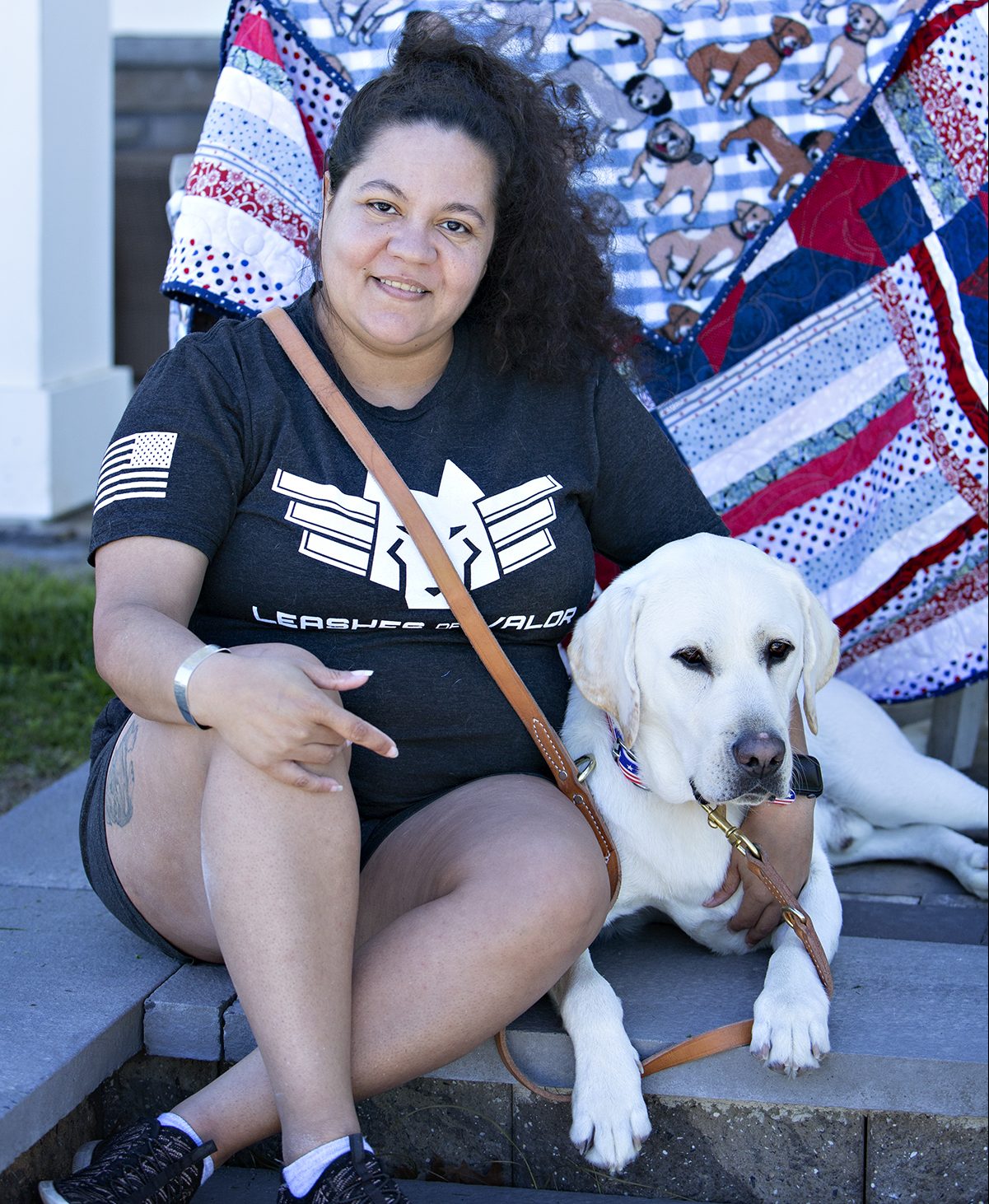 Dawn spent 10 years in the Army as a combat medic, deploying to Iraq and Afghanistan where she often had to make split-second, life-or-death decisions. Even back home in the U.S., her brain continued to work that way. In public, she felt exposed. Loud noises startled her. “I would get angry and snap at my family members,” she says.

Alone in stores, Dawn became physically ill so often “I found a way to mask it: I’d push my stomach out and rub it like I was pregnant. That way when I did throw up I wouldn’t be so embarrassed.”

A provider first recommended a service dog as treatment for her PTSD more than a decade ago, and she might have given up after twice being incorrectly paired with a dog by other organizations. She even tried training a dog herself. Dawn finally found the right fit when she was paired with Serbu during our first all-female Warrior Class this May. Two days after going home, she was able to attend her son’s graduation and go to a restaurant to celebrate.

“I’ve learned so much through my experiences. I don’t see them as bad experiences so much as learning experiences. You take lessons from the good and the bad. And boy, when you get that right one, everything changes.”