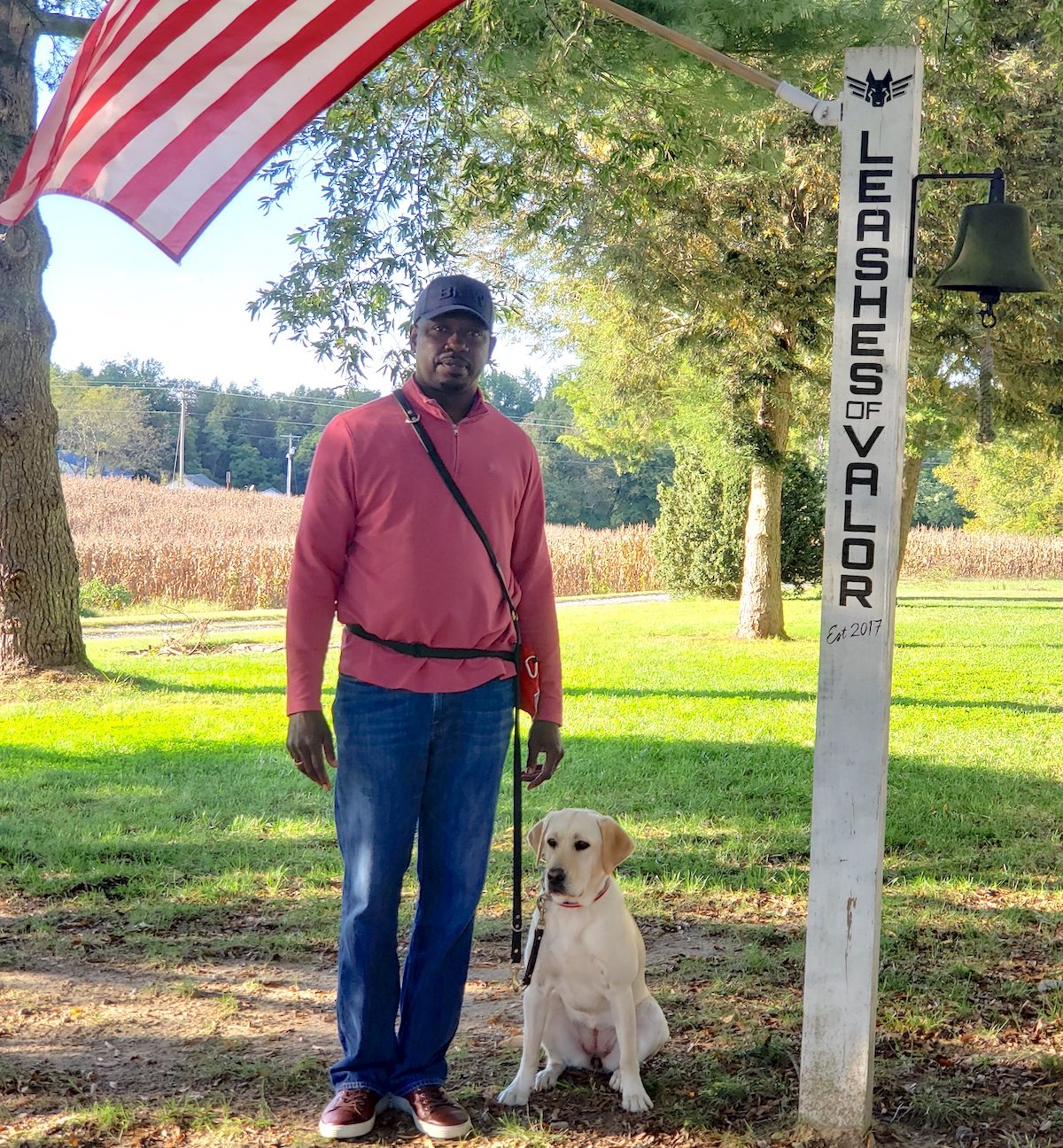 'I just have a better outlook on life'

“I spent 21 years in the Army and deployed multiple times. I had anxiety and was diagnosed with PTSD and depression. When I saw what service dogs had done for other Veterans, I said to myself, ‘Maybe I should get a service dog.’ That was around 2012. But it was always discouraging. The organizations I reached out to told me there was a two-year waiting list, or I didn’t meet the criteria.

“Then I found Leashes of Valor. They were different. They were already three steps ahead of the average nonprofit providing service dogs to Veterans because they were also Veterans who had experienced what I was going through. They knew the challenges I was facing. It was personal.

“Before I got my service dog, Mohawk, I had trouble making decisions. I felt like everything was crashing down on me, like I needed to hurry up and do this or that. Mohawk slowed me down so I could think.

“PTSD often triggers my depression. When that happens, she’s right there with me. She knows when I’m not feeling good. If you met me, you would never think I was a person who suffered from things like that. But she knows it. If nothing is going right, if I don’t want to get out and go anywhere, Mohawk is there. She comforts me. She lets me know when I’m getting anxious. My leg will start shaking. She takes her paw and hits my foot. One night, she grabbed my leg with both paws. She lets me know it’s not as bad as I think it is, that it could be worse. Tomorrow is another day. She reminds me of that.

“I used to be a loner. Since I got Mohawk, I’ve had people tell me at my job that they’ve never seen you this upbeat, they’ve never seen me with a smile on my face so much. They say I’ve made a big change in my life. More people notice it than I have myself.

“In the bigger realm, Mohawk is increasing my chances of living longer. When you worry, you get sick. When you’re depressed, it brings on a lot more illness. Mohawk frees up that space where I can be and do what I want to do. I can put a smile on my face and look at things in a more positive way. I just have a better outlook on life. Mohawk completes the package.”