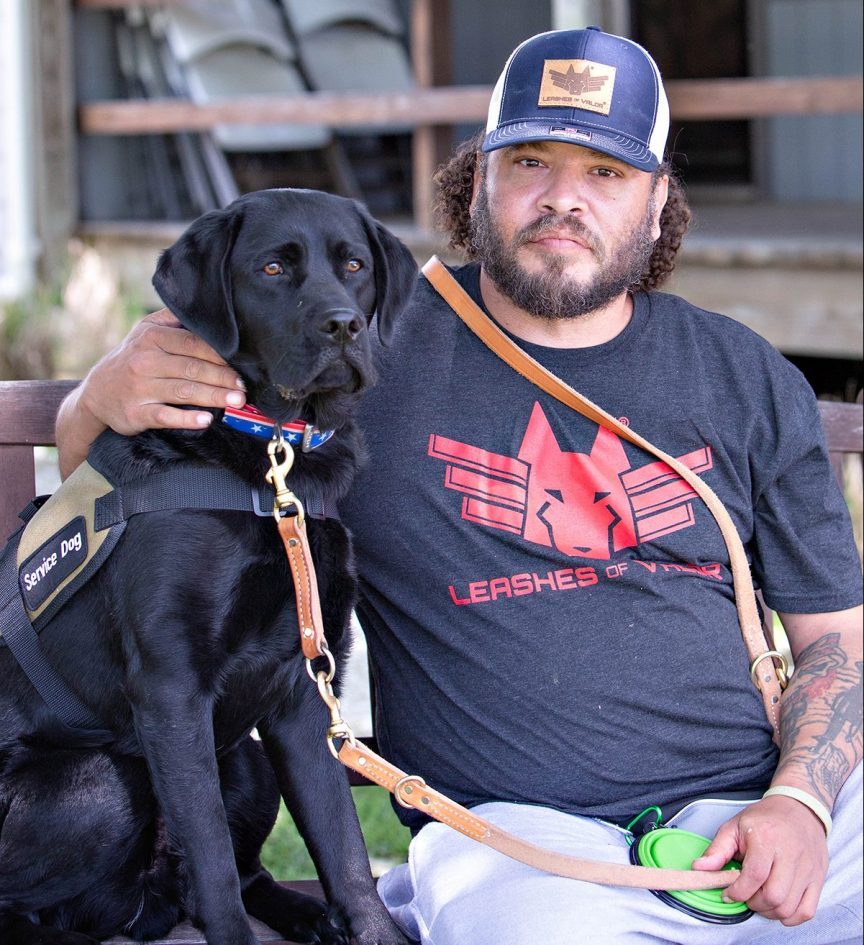 "He's everything I hoped for"

“I didn’t have family in the military. It was just something I knew I was going to do since I was in the second grade. It was during the Cold War and I used to make little drawings of the U.S. against Russia and I always saw us winning and coming out on top.

“I joined the U.S. Marine Corps when I was 22. I served four years as an infantryman and spent six months in Iraq. After I left the military, I worked as a retail detective back home in Michigan. I suffered from PTSD and hypervigilance.

“At work, all the hustle and bustle reminded me of the streets of Iraq and sent me into flashbacks where I’d get physically sick. I had a lot of trust issues with people. Traveling to meet and train with my new service dog, Patton, was nerve wracking. But he sat between my legs the whole time on the flight home. That made it easier. I didn’t have to watch my back.

“Patton gets me out of the house. I wasn’t getting out at all. Now I go to the park two or three times a day with my son. I’ve been shopping by myself. I’ve seen more of my neighborhood in a month than I did in the first four years I’ve lived here. Patton goes with me everywhere. When I go to the bathroom, he goes with me. When I shower, he’s right there. When I lay down on the couch or bed, he does the same thing.

“I’m taking PTSD classes and getting to know myself more. My fiancée used to have to go with me, or she was in the parking lot waiting. Now Patton goes with me.

“My fiancée and I are getting married in September. We’re trying to get everything done — the hall, the dress, the rings. Some buddies from the Marine Corps are flying in for the wedding, including my best man. With Patton, I feel like I get more accomplished. He’s everything I hoped for.”